New carbon tax law could be driving costs up

SPOKANE, Wash. -- There's uncertainty for some people because of a new carbon tax law that went into effect January 1. The law is not a gas tax, but a fee that companies who produce CO2 emissions have to pay.

The costs could be getting passed down to consumers, which is increasing costs for heating oil, natural gas, propane, and at the gas pump.

The purpose of the new law is to increase the cost of fossil fuels by driving the price up.

Jan Busch is retired and living on a fixed income. Her home was built in the early 1990s and Busch has relied on heating oil ever since.

However, it's recently started to be challenged to fill up the tank for the winter season.

"If I were to heat this whole house with just my furnace, it would now run me over $3,000 per season and I'm talking January, February," Busch said.

The last time she filled her tank was in November when she spent over $500 to receive 90 gallons. She says the amount only lasts two weeks in the type of cold that's been felt in the Spokane area.

"With these prices being so out of range, ridiculously high, what do you resort to doing?" Busch said.

Busch is using space heaters around her home, but that's only doubled her electric bill.

"I can't rely on them to keep the whole house warm when we have this artic chill that come in, we get this single digit below zero around zero. These heaters can't keep up with that," Busch said.

While the carbon law took into effect at the start of the year. People won't find out the actual cost of the tax until it's released by The Department of Ecology at the end of February.

So, companies are left playing the guessing game when it comes to what the cost might be.

"People are really flying blind. They're caught off guard, so a combination of that uncertainty, and the big price increase is causing a lot of people problems," Washington Policy Center environmental director Todd Meyers said.

Meyers says there could be some uncertainty for some time. Meyers encourages people to reach out to their legislators.

"There's not a good sense of what it's costing people on the ground. I would encourage people who are seeing higher costs for gas, diesel and heating and things like that to let their legislators know what they're seeing on the ground and how the new law that we have passed is impacting them," Meyers said.

Meyers says this could encourage The Department of Ecology to adjust what it can to keep increases within limits.

If you're having trouble paying heating costs, depending on your income, you may be eligible for help. You can reach out to SNAP at 509-456-SNAP or email them at communiations@snapwa.org. 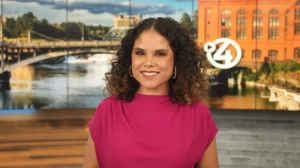 Vanessa Perez joined the 4 News Now team as a Multimedia Journalist and producer in August 2021. Previously, she worked for an NBC affiliate in Kalispell, Montana where she covered winter storms, education, local government and the pandemic. Vanessa grew up in Chino, California. She earned a degree in Broadcast and Electronic Communication Arts from San Francisco State University. She enjoys being out in the community and learning about people’s stories each day. When she’s not working, you can catch her listening to podcasts, cooking, trying new food/coffee spots, and hanging out with her cat, Milo.