The US is becoming a ‘developing country’ on global rankings that measure democracy, inequality 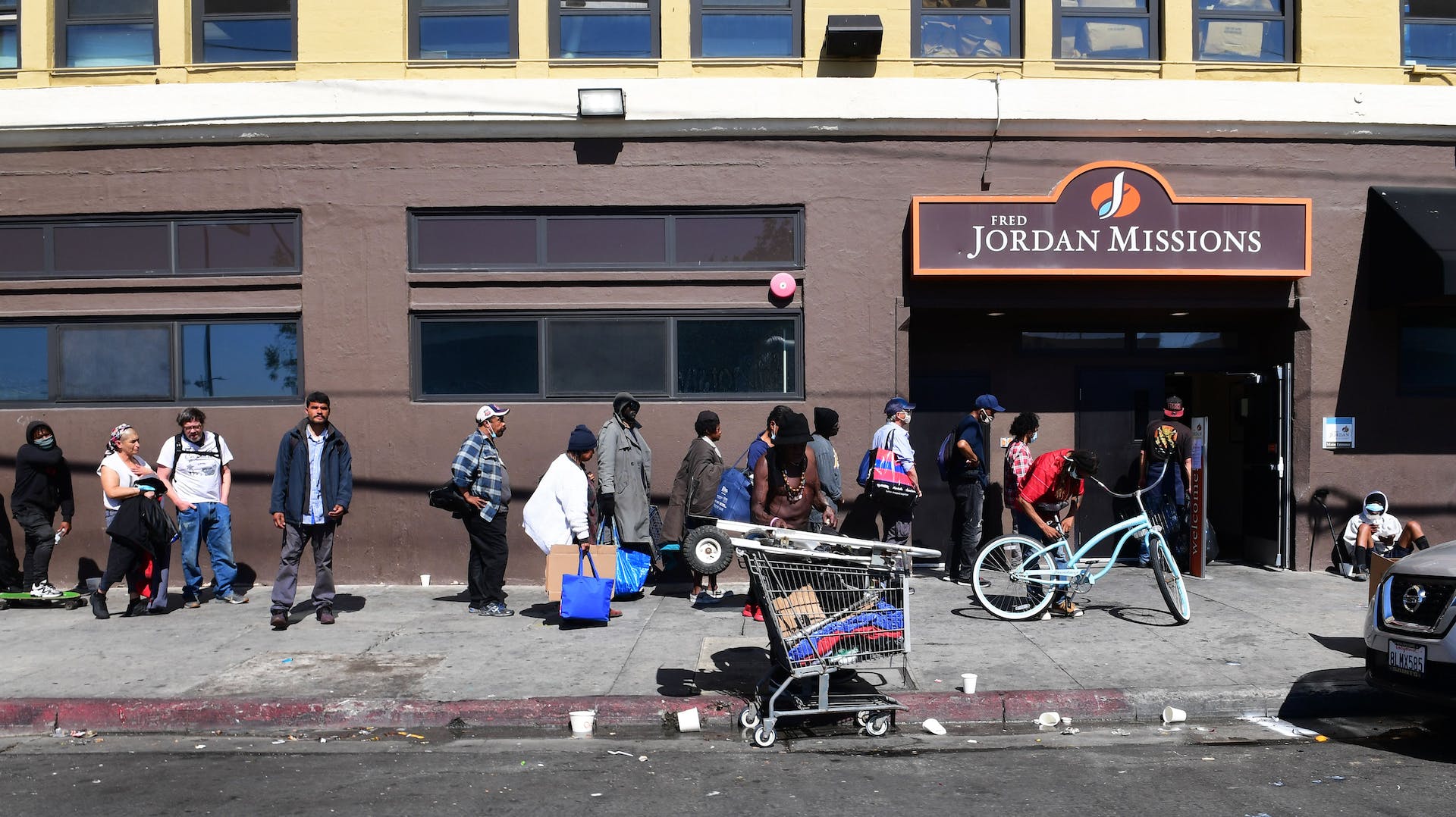 People wait in line for a free morning meal in Los Angeles in April 2020. High and rising inequality is one reason the U.S. ranks badly on some international measures of development. Frederic J. Brown/ AFP via Getty Images

The United States may regard itself as a “leader of the free world,” but an index of development released in July 2022 places the country much farther down the list.

In its global rankings, the United Nations Office of Sustainable Development dropped the U.S. to 41st worldwide, down from its previous ranking of 32nd. Under this methodology – an expansive model of 17 categories, or “goals,” many of them focused on the environment and equity – the U.S. ranks between Cuba and Bulgaria. Both are widely regarded as developing countries.

The U.S. is also now considered a “flawed democracy,” according to The Economist’s democracy index.

As a political historian who studies U.S. institutional development, I recognize these dismal ratings as the inevitable result of two problems. Racism has cheated many Americans out of the health care, education, economic security and environment they deserve. At the same time, as threats to democracy become more serious, a devotion to “American exceptionalism” keeps the country from candid appraisals and course corrections.

The Office of Sustainable Development’s rankings differ from more traditional development measures in that they are more focused on the experiences of ordinary people, including their ability to enjoy clean air and water, than the creation of wealth.

So while the gigantic size of the American economy counts in its scoring, so too does unequal access to the wealth it produces. When judged by accepted measures like the Gini coefficient, income inequality in the U.S. has risen markedly over the past 30 years. By the Organization for Economic Cooperation and Development’s measurement, the U.S. has the biggest wealth gap among G-7 nations.

These results reflect structural disparities in the United States, which are most pronounced for African Americans. Such differences have persisted well beyond the demise of chattel slavery and the repeal of Jim Crow laws.

Scholar W.E.B. Du Bois first exposed this kind of structural inequality in his 1899 analysis of Black life in the urban north, “The Philadelphia Negro.” Though he noted distinctions of affluence and status within Black society, Du Bois found the lives of African Americans to be a world apart from white residents: a “city within a city.” Du Bois traced the high rates of poverty, crime and illiteracy prevalent in Philadelphia’s Black community to discrimination, divestment and residential segregation – not to Black people’s degree of ambition or talent.

More than a half-century later, with characteristic eloquence, Martin Luther King Jr. similarly decried the persistence of the “other America,” one where “the buoyancy of hope” was transformed into “the fatigue of despair.”

To illustrate his point, King referred to many of the same factors studied by Du Bois: the condition of housing and household wealth, education, social mobility and literacy rates, health outcomes and employment. On all of these metrics, Black Americans fared worse than whites. But as King noted, “Many people of various backgrounds live in this other America.”

The benchmarks of development invoked by these men also featured prominently in the 1962 book “The Other America,” by political scientist Michael Harrington, founder of a group that eventually became the Democratic Socialists of America. Harrington’s work so unsettled President John F. Kennedy that it reportedly galvanized him into formulating a “war on poverty.” 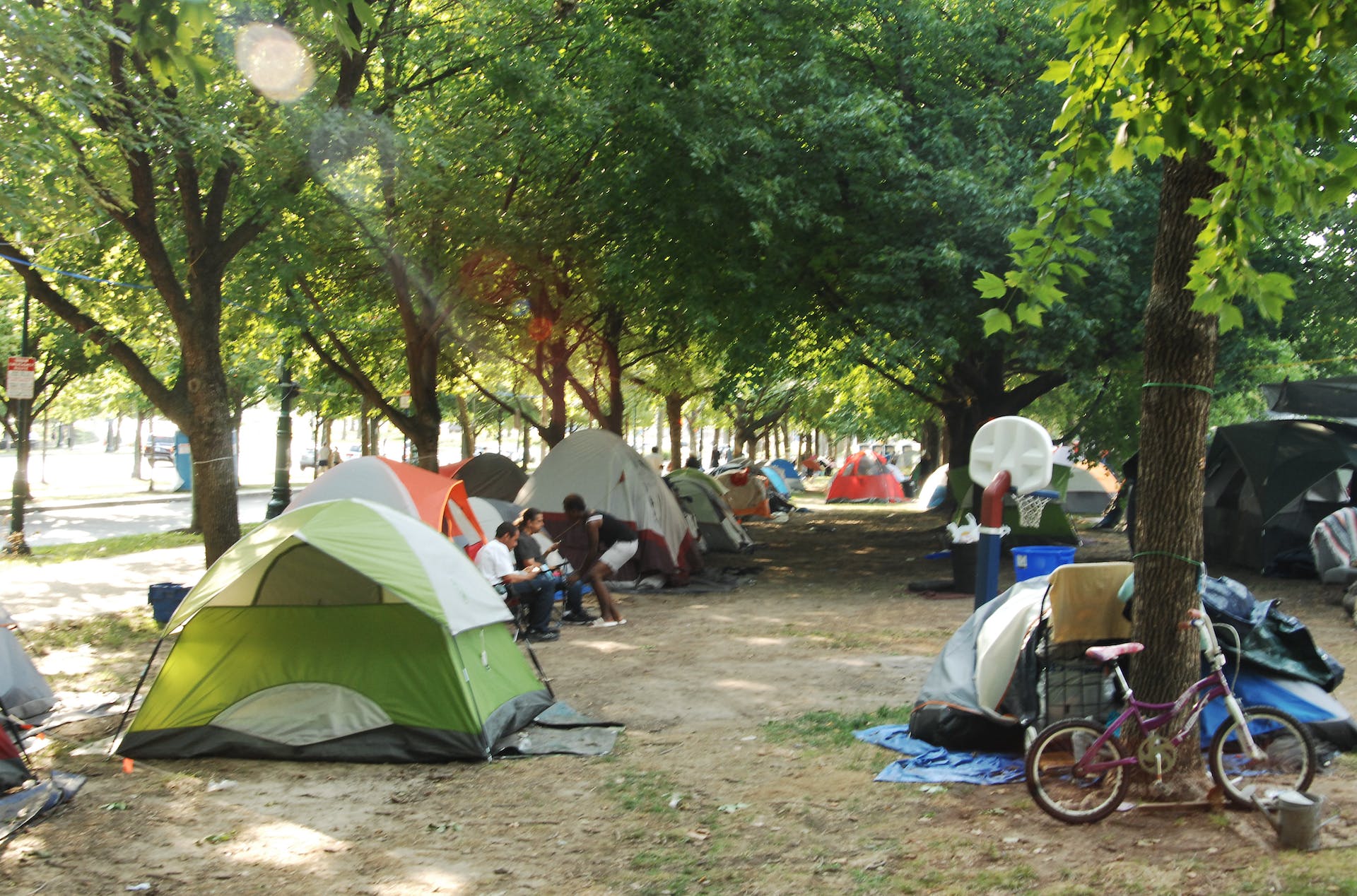 Camp Laykay Nou, a homeless encampment in Philadelphia. High and rising inequality is one reason the US rates badly on some international development rankings. Cory Clark/NurPhoto via Getty Images

In large part that is because federal efforts during that critical time accommodated rather than confronted the forces of racism, according to my research.

Across a number of policy domains, the sustained efforts of segregationist Democrats in Congress resulted in an incomplete and patchwork system of social policy. Democrats from the South cooperated with Republicans to doom to failure efforts to achieve universal health care or unionized workforces. Rejecting proposals for strong federal intervention, they left a checkered legacy of local funding for education and public health.

Today, many years later, the effects of a welfare state tailored to racism is evident — though perhaps less visibly so — in the inadequate health policies driving a shocking decline in average American life expectancy.

There are other ways to measure a country’s level of development, and on some of them the U.S. fares better.

The U.S. currently ranks 21st on the United Nations Development Program’s index, which measures fewer factors than the sustainable development index. Good results in average income per person – $64,765 – and an average 13.7 years of schooling situate the United States squarely in the developed world.

Its ranking suffers, however, on appraisals that place greater weight on political systems.

The Economist’s democracy index now groups the U.S. among “flawed democracies,” with an overall score that ranks between Estonia and Chile. It falls short of being a top-rated “full democracy” in large part because of a fractured political culture. This growing divide is most apparent in the divergent paths between “red” and “blue” states.

Although the analysts from The Economist applaud the peaceful transfer of power in the face of an insurrection intended to disrupt it, their report laments that, according to a January 2022 poll, “only 55% of Americans believe that Mr. Biden legitimately won the 2020 election, despite no evidence of widespread voter fraud.”

Election denialism carries with it the threat that election officials in Republican-controlled jurisdictions will reject or alter vote tallies that do not favor the Republican Party in upcoming elections, further jeopardizing the score of the U.S. on the democracy index.

Red and blue America also differ on access to modern reproductive care for women. This hurts the U.S. gender equality rating, one aspect of the United Nations’ sustainable development index.

Since the Supreme Court overturned Roe v. Wade, Republican-controlled states have enacted or proposed grossly restrictive abortion laws, to the point of endangering a woman’s health.

I believe that, when paired with structural inequalities and fractured social policy, the dwindling Republican commitment to democracy lends weight to the classification of the U.S. as a developing country.

To address the poor showing of the United States on a variety of global surveys, one must also contend with the idea of American exceptionalism, a belief in American superiority over the rest of the world.

Both political parties have long promoted this belief, at home and abroad, but “exceptionalism” receives a more formal treatment from Republicans. It was the first line of the Republican Party’s national platform of 2016 and 2020 (“we believe in American exceptionalism”). And it served as the organizing principle behind Donald Trump’s vow to restore “patriotic education” to America’s schools.

In Florida, after lobbying by Republican Gov. Ron DeSantis, the state board of education in July 2022 approved standards rooted in American exceptionalism while barring instruction in critical race theory, an academic framework teaching the kind of structural racism Du Bois exposed long ago.

With a tendency to proclaim excellence rather than pursue it, the peddling of American exceptionalism encourages Americans to maintain a robust sense of national achievement – despite mounting evidence to the contrary.

Traffic clear on I-90