Stereotypes about girls dissuade many from careers in computer science 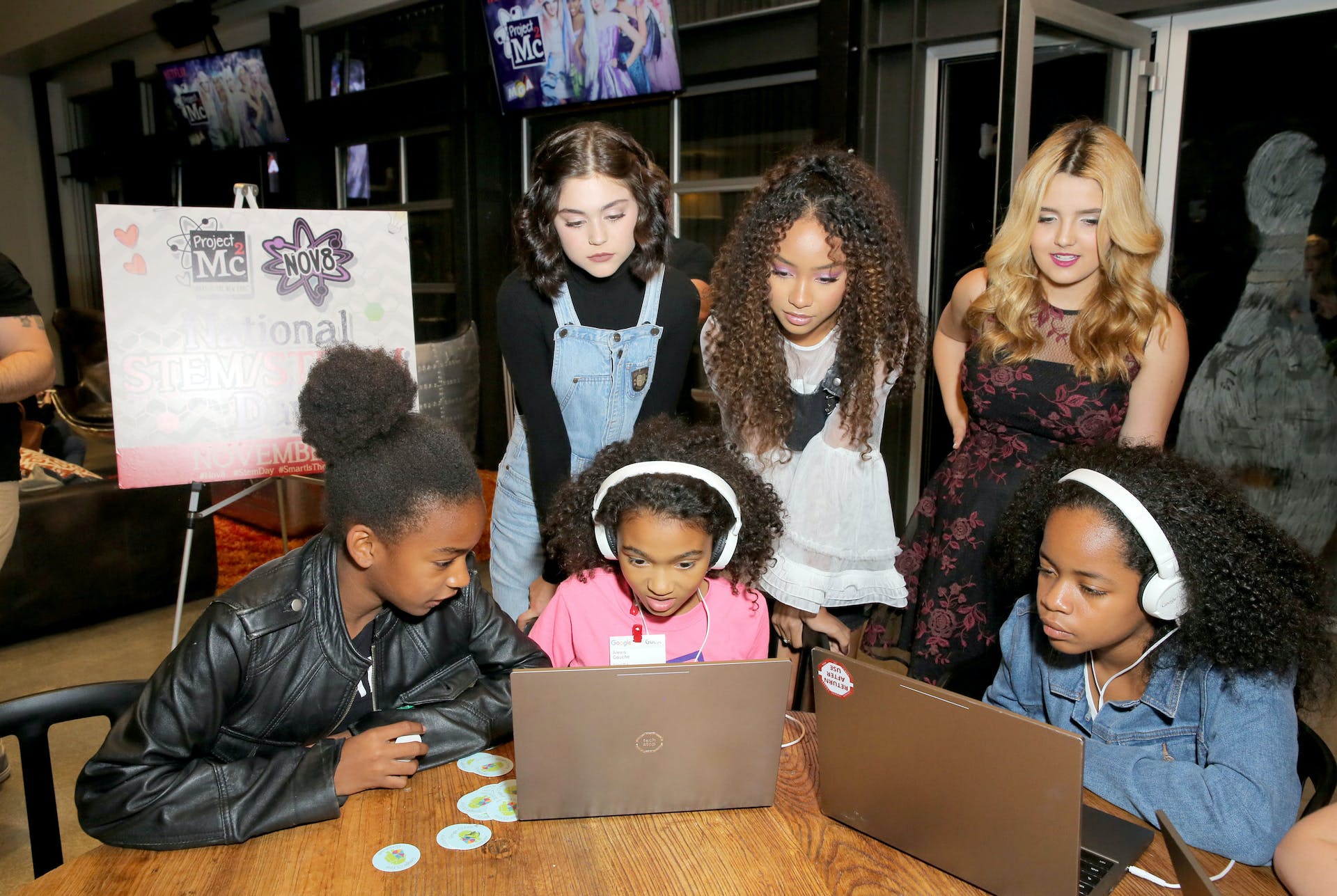 Only about 1 in 5 computer scientists are women. Rachel Murray/Getty Images for MGA Entertainment

Stereotypes about what boys and girls supposedly like aren’t hard to find.

Toy advertisements send signals that science and electronic toys are intended for boys rather than girls. Computer scientists and engineers on television shows and movies are often white men, like the guys on “The Big Bang Theory.”

Efforts to combat these stereotypes often focus on boys’ and girls’ abilities.

But as researchers who specialize in motivation, identity and cognitive development, we think society has largely overlooked another harmful stereotype. And that is the notion that girls are less interested than boys are in STEM.

In our peer-reviewed research – published in November 2021 in Proceedings of the National Academy of Sciences – we found that these stereotypes about girls’ interest in science, technology, engineering and math – or lack thereof – are fairly widespread among young people today. We also found that these stereotypes actually have an effect on girls’ motivation and sense of belonging in computer science and engineering.

Fields like math are close to having gender parity – that is to say, roughly equal numbers of men and women – and women are actually overrepresented in fields like biology among college graduates in the U.S.

Our research shows that societal stereotypes linking these fields with boys and men act as a barrier that keeps girls and young women away. There have been many conversations about the harm caused by stereotypes about natural talent, which assert that men are better than women at STEM. But what might be even more detrimental for girls’ motivation are stereotypes that men are more interested than women in these activities and careers. These stereotypes may give girls the sense that they don’t belong.

For our study, our first step was to document whether children and adolescents believe these societal stereotypes. We surveyed 2,277 youths in grades 1-12 in 2017 and 2019 about how interested they think girls and boys are in computer science and engineering. The majority of youths reported that boys were more likely than girls to be interested in these fields. Most youths – 63% – believed that girls are less interested than boys in engineering. Only 9% believed that girls are more interested than boys in engineering. These “interest stereotypes,” if you will, were endorsed by youths from diverse backgrounds, including Black, white, Asian and Hispanic youths.

They were endorsed by kids as early as age 6, in first grade. These beliefs about gendered interests were also more common than stereotypes about ability, that boys are more talented than girls at these fields.

We also did two laboratory experiments using a gold-standard random-assignment design to see whether interest stereotypes have causal effects on motivation. We told children about two activities they could try. The only difference between the activities was that one activity – one that was randomly chosen – was linked to a stereotype that girls were less interested than boys in that activity.

The other activity was not linked to such a stereotype. If children preferred one activity over the other, we could infer that the stereotype caused a difference in their preferences. We found that interest stereotypes can actually cause girls’ lower motivation for computer science activities.

Why are interest stereotypes so powerful? Interest stereotypes may make girls assume: If boys like these fields more than girls, then I won’t like these fields either. They also send a clear signal about who belongs there. A sense of belonging matters a lot for motivation, including young women in STEM fields like computer science and engineering. The lower the girls’ sense of belonging, the lower their interest.

But what if the stereotypes are true? On average, girls in the U.S. usually do report being less interested than boys in computer science and engineering.

Whether or not these cultural stereotypes are currently true, we believe they can create a vicious cycle. Girls might miss out on opportunities because of an assumption that they are not interested or should not be interested in certain STEM fields. Unless adults deliberately send girls a different message about who belongs in computer science and engineering, we as a society discourage girls from trying these activities and discovering that they like them.

But the good news is that the lack of belonging that many girls feel in certain STEM feels is not permanent. On the contrary, we think it can be changed.

There are simple ways to send kids a different message about who likes to do computer science and engineering. Parents and other adults can check their assumptions about what toys to buy girls for their birthdays or holidays, or what summer camps they should attend. Girls can be shown examples of women like Aicha Evans and Debbie Sterling – women who are changing the world through technology and enjoying themselves while doing so.

It’s not enough for girls to realize that they can do computer science and engineering. In order to change the status quo, we think it’s necessary to spread the word that many girls actually want to do these things as well.

Andrew N. Meltzoff gratefully acknowledges receipt of funding from the National Science Foundation, the Bezos Family Foundation, and the Overdeck Family Foundation. The opinions expressed are those of the authors and do not represent views of the funders.

Sapna Cheryan receives funding from the National Science Foundation and the U.S. Department of Education’s Institute of Education Sciences. The views expressed by the authors do not necessarily represent the views of these funders.

'I have never been so exhausted': How Central Valley School nurses, administrative staff are keeping up with surging cases

Idaho governor doubles down on education in budget proposal

Live in Washington? Here's how to get free COVID tests sent straight to your home

'God's got your back': Father of man shot on lower South Hill says he confronted the shooter about slashing tires

'I have never been so exhausted': How Central Valley School nurses, administrative staff are keeping up with surging cases