How to college: 4 essential reads for 1st-year students and their parents 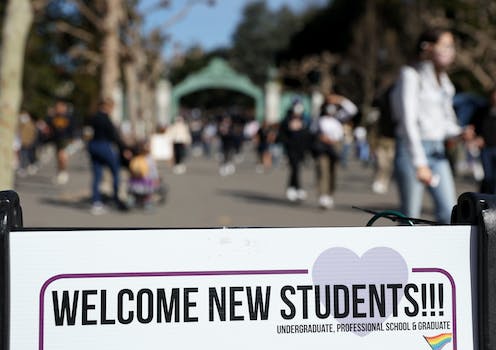 When students are prepared for the newness of college life, their well-being is better off. Justin Sullivan/Getty Images News vis Getty Images

By the time they get through high school, most students are pretty used to transitioning from summer to school time. But starting college brings a whole new set of challenges. First-year college students have to handle additional responsibilities like how much time they’ll spend in class, how to manage the time they devote to their coursework and how to take advantage of campus resources like the library.

It is vital for emerging college students to understand these changes and adapt to them so they can have a rewarding college experience. For the back-to-school season, The Conversation has put together four articles from our archive that give first-year students and their parents tips on how to set themselves up for success during the college years.

Graduating from high school and enrolling in college are not all that emerging college students need to worry about. Lara Schwartz, director of the Project on Civil Discourse at American University, gave parents tips on preparing their kids for college. She wrote, “Knowing what to expect can make a major difference in a student’s psychological well-being.”

“Many first-year college students report feeling ‘stressed most or all of the time,’ regardless of where they go to college,” Schwartz wrote. But with some advance preparation, parents can help alleviate that stress.

Read more: What parents should do to help students prepare for the first year of college

Nicholas Joyce, a psychologist at the University of South Florida, gave new college students tips on what they can do to maintain their mental health in school.

He told students to take responsibility for making sure their work is completed and getting to classes on time. Also, students should not expect colleges to fix their mental health issues. Medical exceptions for mental health can be helpful when students start having poor grades, but they delay graduation dates. Students end up spending more time — and money — to earn their degree.

“More importantly, getting a medical exception does not resolve the underlying issue that led to the failure in the first place,” Joyce wrote.

Read more: Are you mentally well enough for college? 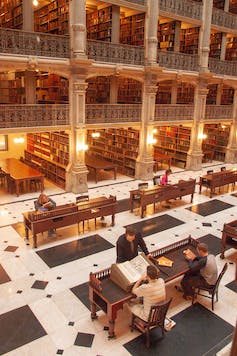 3. Make the most out of the library

Carrie M. Macfarlane, director of research and instruction at Middlebury College, wrote that plenty of college seniors told her they regretted not learning more about their library in their first year of school.

Macfarlane laid out four ways to make the most out of the college library. Borrowing from the library helps students cut the cost of supplies, and research shows that using the library correlates to students’ earning a higher GPA.

Read more: 4 ways college students can make the most of their college library

Students might want to share what’s on their minds, but they need to think twice before they post on social media. Research shows that an increasing number of employers screen job candidates on social media.

Social media posts are part of an individual’s brand, according to Thao Nelson, a career counselor and lecturer at Indiana University’s Kelley School of Business. In an open letter to students she wrote in 2017 that still rings true, she warned students that “what you post can wreck your life.” She recommended students cultivate an online presence that will improve their chances of getting a job.

Nelson advised against posting foul language, bad-mouthing and putting illicit content online. Such posts can always be screenshot and reshared even if the user deletes it. However, Nelson said that students can search their profiles to delete content they do not want job recruiters to see.

“Remember, social media is not all bad,” wrote Nelson; “in many cases, it helps recruiters get a good feel for your personality and potential fit.”

Read more: Dear students, what you post can wreck your life

Editor’s note: This story is a roundup of articles from The Conversation’s archives.

Research: Rate of injury in flag football more than in tackle football