Even the most devoted cat owners wonder at some point, perhaps waking up in a cold sweat in the middle of the night, whether their cat really loves them. Dog people like to smugly point out dogs’ long history as humankind’s best friend.

But research shows cats’ reputation as a cold and aloof pet is undeserved. 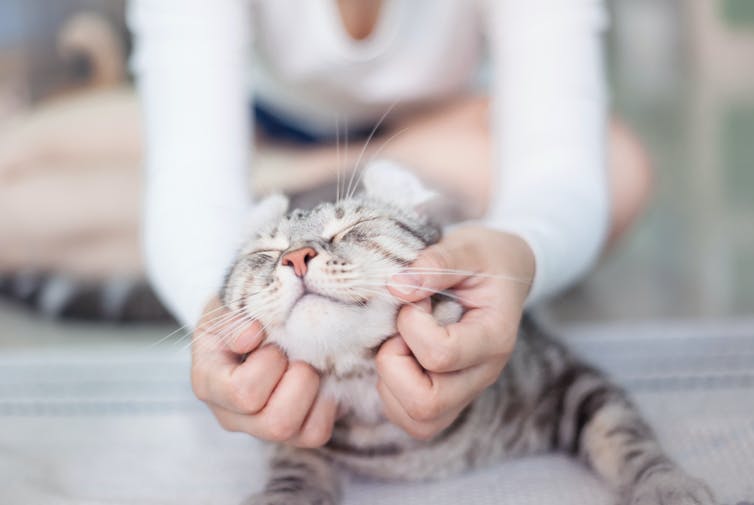 Because of their evolutionary ancestry, domestic cats are, by their nature, more independent than dogs. The wild ancestors of our cats didn’t live in social groups as canines do. However, during the process of domestication, cats developed the ability to form social relationships not just with other cats, but also with people.

While they may not rely upon people to feel safe as dogs do, many cats show affection towards their guardians and seem to highly value the company of their human companions. Their attachment to humans is partly influenced by their experiences of being handled by people as a kitten.

Cats behave towards humans in the same way that they respond to their feline friends, so the secret of whether your cat feels bonded to you lies in their behavior.

1. Look out for scenting

The ability to communicate with other cats over long distances and when no longer physically present was an advantage to their wild ancestors. Our pet cats have retained this “supersense” and rely heavily on this form of communication.

In particular, cats use scent to identify members of their social group or family, by sharing a group scent profile. Cats have scent glands on their flanks, head and around their ears, and often rub their heads against people and objects that are familiar and comforting.

Does your cat rub its head or side against your legs? The soft sensation you feel against your calves is actually your cat identifying you as a friend and is a huge compliment. 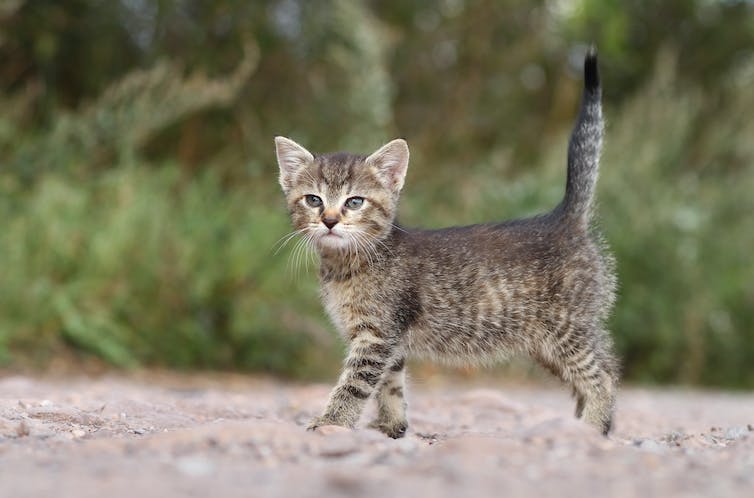 A cat walking towards you with its tail up is a good sign.

2. Watch how they greet you

One of the most obvious signs that your beloved pet is fond of you is the way that your cat greets you. When cats greet members of their social group they show signals to indicate friendship and a desire to move closer. Cats also show these signals to humans.

A tail held in the upright flagpole position shows a friendly intention (the feline equivalent of a wave), indicating familiarity, trust, and affection. Some cats also use an upright question mark shaped tail to greet someone they like, or to motion that they want to play.

Cats sometimes intertwine their tails as a sign of friendship and the human equivalent of this is to wrap their tail around your calf. 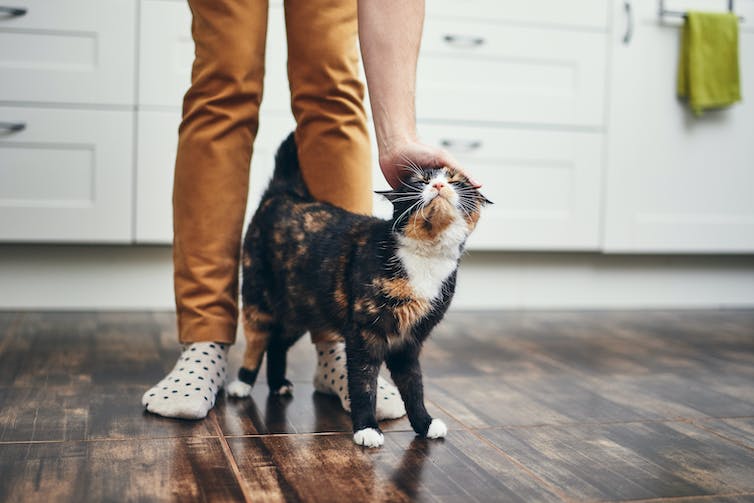 Rolling over and exposing their vulnerable under belly is another gesture that a cat has ultimate trust in you. However cats prefer to be petted on the head and neck area, so this is not usually a request for a belly rub.

Attempts to stroke a cat’s belly will often result in a hasty retreat, or even claws. The chirrup or trill greeting is a melodious sound that cats make when saying hello to preferred individuals. So if your cat sings to you in this way, be assured they are pleased to see you.

That familiar feeling when your cat hits the back of your knee can also be a sign that they feel an extremely close bond to you. The feline version of a high-five, the head bump is usually saved for a cat’s closest feline friends and most trusted humans.

Your cat might also be secretly signalling their affection in the way they look at you. When cats encounter strange humans or other cats they don’t know, they usually greet them with an unblinking stare. But they are more likely to slowly blink at cats they have a good relationship with.

Research suggests slow blinks are associated with a positive emotional state and can be a sign of trust, contentment and affection, similar to a human smile. If you wish to return the compliment, blink and your cat might blink back. This is nice a way to bond with your cat if they aren’t keen on being touched. 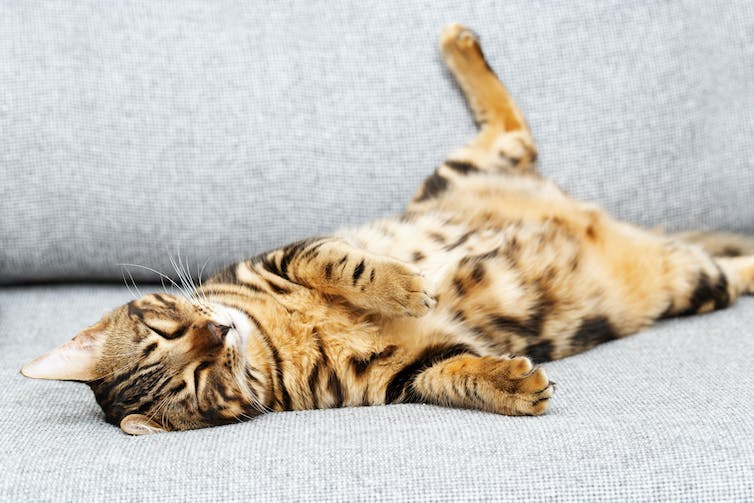 4. They get up close

Cats are very protective of their personal space and don’t like unwelcome guests to invade it. If a cat allows you to get close to them, that suggests a close bond, particularly where the contact is frequent or long lasting.

Curling up on your lap for a nap is a sign of deep trust. Grooming only happens between cats with a warm relationship, so licking your hand or face can be a show of endearment, even though those barbed tongues may not feel all that gentle.

This article is republished from The Conversation under a Creative Commons license. Read the original article.